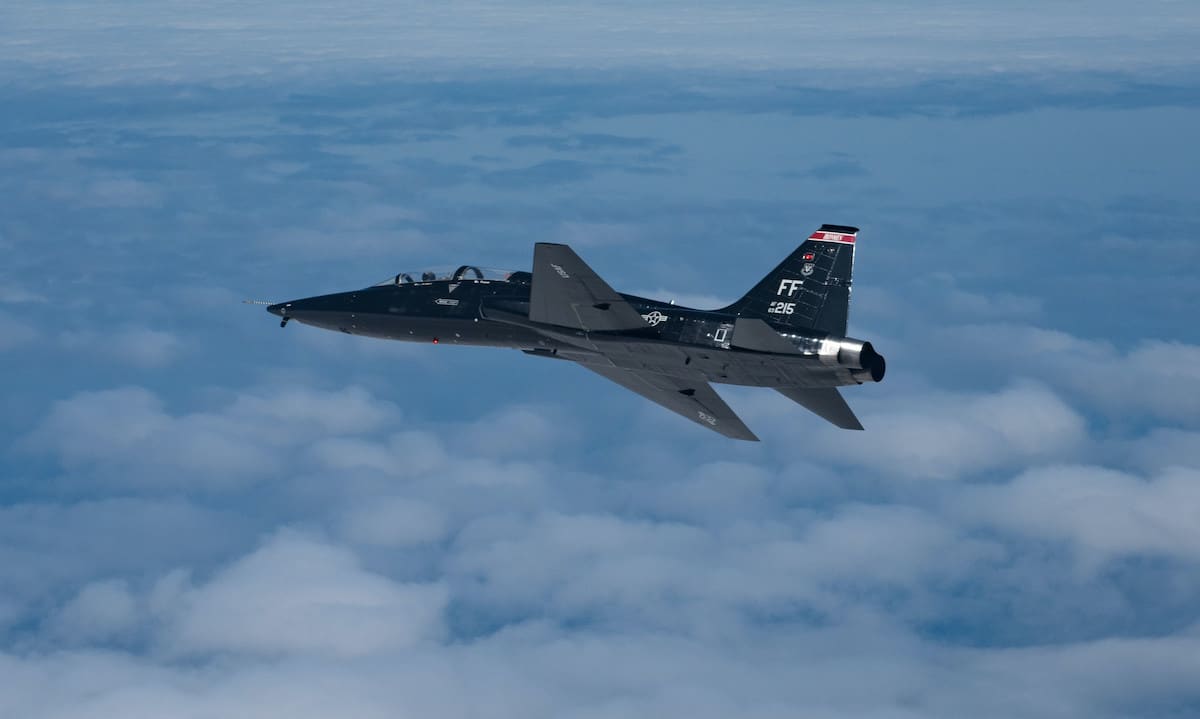 Though it was many years ago, I can still hear his whisper in my helmet…”Altitude“.

My instructor pilot was a young first lieutenant named Stu. I was flying patterns in the T-38 Talon at Reese Air Force Base in Lubbock Texas, and my cross-check had broken down amidst the checklists, radio calls, and an intense focus on trying to ease a supersonic jet with miniature wings down onto the runway. On the downwind leg my altitude had dropped, and before it became critical Stu whispered through the intercom from the back seat of the jet, “Altitude“. It was distinct, standing out from the noise of the engines and the chatter of the radio. Keeping a consistent altitude is very important, and yet his whisper was all I needed. I’ll never forget Stu because he taught me more than just how to fly jets; he taught me the importance of listening to whispers. It’s how God speaks to us if we have a heart to listen.

After nine years in the Air Force traveling the world and flying F-16’s, I was given the opportunity to exit the service and take my young family back home to Williston, North Dakota and work as a design engineer for a small family business. It was a tough decision, but my next assignment would likely be a one year remote tour to Korea away from my wife and four young children. My recent awakening to the responsibilities of being a godly father prompted me to make the move, and so I settled into the adrenaline-less life of an electrical engineer. My days were filled with work, bike rides, Candy Land, sleepless nights, and diapers.

One day as I was driving home from work thinking about the adventure I had left as a fighter pilot, I cried out to God, “Lord, I want to do something great for you!” I remember the spot on the road that His whisper came. “Chuck, you are going home to my great work for you. I have given you six small people to teach, train, and disciple. Go and do well with that.” In amongst the noise of life, His whisper was distinct. I realized that if the church had given me six men to mentor and disciple I would have considered that great work. My heart filled with a peace and a contentment that I had never felt before. After saying “Yes” to His call, I was so excited to go home and immerse myself in the role of being a dad. The work God had for me at home as a husband and a father was great indeed; I just needed His whisper to realize it.

We can accumulate a lot of titles after our name, but there is none as honorable or as noble as ‘father’ or ‘mother’. Being a godly parent is often thankless and discouraging work—Andrea and I have been there many times. But looking back I had no idea how much more significant that work was than flying fighters for the Air Force. Fellow parent, your work for the Lord is great indeed. Pour yourself into the role that God has given you and do well with it. And when you stumble, remember to listen for the still small voice that says, “Don’t give up…I am with you.”

A couple of months after hearing God’s whisper about my children, I was burdened with the responsibility of making sure my children really understood the power of Christ’s sacrifice, of grasping the importance of an intimate relationship with our Creator, and of seeing the spiritual war that is raging around us. In the middle of the night I awoke and began to write a medieval story of a Prince who came to a kingdom as a pauper to save the people from the clutches of the Dark Knight. Other than a few college papers, I had never before written anything of length before. Kingdom’s Edge was the result, and I used it to inspire my children to get passionate about serving Jesus Christ. Little did I know what adventure God had in mind for me and my family through the stories that followed simply because I said “Yes” to His whisper.

My encouragement to you dad…mom, is to listen to the whispers of God and be brave enough to say “Yes”. Then hang on…an adventure is about to begin.

This week’s “Big Idea” was written by Chuck Black, who is the author of a 19 novels, including the popular Kingdom Series, Knights of Arrathtrea, War of the Realm, and Starlore Legacy series. He is a favorite speaker at Teach Them Diligently, and his novels have been the Nunnery family’s go to read alouds, audio books, and more for years.