A Heart of Rebellion 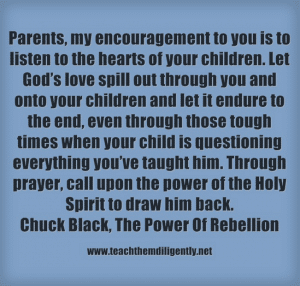 In 1998 BT (Before Teens) I held to the ideological view that if we as parents immersed our children in the truth of God’s Word and walked fully in a real and tangible faith, that our children would emerge at eighteen as shining knights in service to the Lord, fully equipped and able to take on the attacks of a secular world. Fast forward to 2005 and our first child launched into the fray as a solid young woman of faith. Alas the formula worked, and all seemed right with our well-oiled soldier producing machine. Over the next few years however, I started to discover a few cracks in my shiny ideology. By the time our third child, a strong-willed boundary testing son reached eighteen, my godly soldier producing machine appeared broken and lying in pieces all around me. The spirit of rebellion had gripped the heart of my son so completely that I was forced to question all of the training and discipling I had diligently implemented into his life. At the pinnacle of his rebellion with dire consequences imminent, I looked up and asked God, “What happened? We tried to be godly parents and raise him in the nurture and the admonition of the Lord. What did I do wrong?”

It was through the prayers of my wife, Andrea, that our answer came. God spoke to her and said, “I am a perfect Father, and I have children rebel against me all the time. What makes you think you would be exempt?” Then I realized that even the once perfect angel, Lucifer, rebelled in a perfect home with a perfect Father. I had failed to consider the will of the heart. Even with the extreme care of gardening and cultivating the heart of our children, they still must choose Christ and His ways on their own.

What then? Do we throw up our hands in despair, knowing that we cannot control the hearts of our children? God forbid! God is not mocked and neither does his Word return void. Although each child must ultimately choose Christ, we can guide, train, nurture, and help mold their hearts.

As parents we must become master discerners of the hearts of our children. Every time I walk by one of my children, my radar is turned on and tuned in, listening to their heart. When I first began to see Ian wander, I did not ignore the signs. The further he wandered the closer I got to him. I wanted him to know that I would not let him be content in his sin, and that I would do whatever it took to see him through it. During the two years that he choose to walk away from the Lord, the voice of truth kept calling him and so did our relentless love for him. Not the gushy, ‘it’s okay…we love you no matter what you do’ love. No, it was the tough love that said, ‘I will love you so much that I will discipline you, and I will not walk away from you.”

Through much prayer, the power of the Word hidden in his heart, and a phone call from a brother in Christ to my son, God pulled Ian back from the brink of his rebellion. By the grace of God, Ian returned and began to walk in the Spirit once again. It was a long hard journey and there were setbacks, but he did return to the Lord…and to us. Eventually he became the worship leader for Campus Crusade for Christ ministries at his university sharing the love of God to over four hundred students each week.

Those were trying times for me. There were as many lessons for me to learn as there was for Ian. I learned not to judge families with a wayward child. I learned to walk in faith and cling to God in a way I never had to before. I learned to love my child in spite of the sin that was ruining his life. I learned that God is faithful, and that we must endure to the end. I learned that God never abandons us. The irony of it all was that just prior to experiencing the rebellion of my son, I had written the first book of the Knights of Arrethtrae, Sir Kendrick and the Castle of Bel Lione. And do you know what the theme of the book was? That’s right…rebellion. Little did I know that the words I had penned regarding the spirit of rebellion would soon be tested in my own life.

Parents, my encouragement to you is to listen to the hearts of your children. Let God’s love spill out through you and onto your children and let it endure to the end, even through those tough times when your child is questioning everything you’ve taught him. Through prayer, call upon the power of the Holy Spirit to draw him back.

Tonight as I sat down to write this article, Ian called and wanted to Skype with me. My voice was not enough…he wanted to see my face. The image popped up and there was my son, looking at me with weary eyes from hours of studying. Before I could say a word, Ian looked at me and said, “I love you, Dad.” It was all the reward I needed for persevering through those tough years.

“And let us not be weary in well doing: for in due season we shall reap, if we faint not.” Galatians 6:9