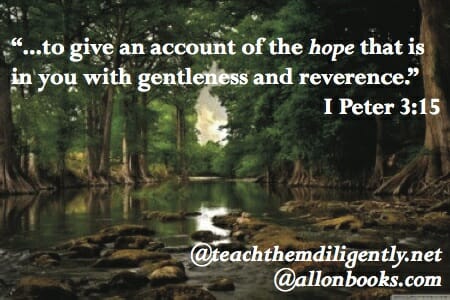 A Series Written for Hope

The Allon series began after the simple request of my daughter, Briana, for a good, old-fashion hero quest fantasy. She didn’t like anything too dark or grotesque evil, rather Narnia and Lord of the Rings. She was in 9th grade at public school after she went past what I could do for homeschool. Harry Potter was just started and she felt left out of her friend’s conversations. She knew I wrote for children’s television thus, made the request.

I hadn’t completed two chapters of the first book, when Briana shared with her school friends about mom writing her an “epic fantasy”.  With interest peeked, some of her friends came to the house to discuss my book. We live in Nashville, which has very large immigrant and refugee communities from various countries. These kids came from Iraqi, Kenya, Egypt, Laos and Somalia, meaning they were of different faiths – primarily Muslim and Buddhist.

What started out as discussions dealing with the story, turned into more personal conversations. Being as their families came to America for a new life, they asked why American’s think a certain way, or why Christians believe differently.  The “American Dream” of freedom and a better life was eluding these families, and the kids struggled to assimilate. Yet what struck me to the core is every one of them expressed a deep need for hope but could not find it. Although I freely spoke of Christ in answering their questions, I felt lead by God to write more stories in response to them, and with the theme of hope evident.

Hope is central to our belief as Christians, and something we tend to take for granted, but to many in the world, hope is an elusive dream.  The word hope, hoped or hoping appears over 150 times in Scripture!

Romans 8:24 (NAS) For in hope with have been saved, but hope that is seen is not hope: for who hopes in what he already sees?

In essence, this was the dilemma facing those kids. Their hopes were dashed by what they saw and discovered in America. Unbelievers search for hope in all the wrong places, while believers hold the key to the true and everlasting hope.

1 Peter 1: 3 (NAS) Blessed be the God and Father of our Lord Jesus Christ, which according to his great mercy has caused us to be born again to a living hope through the resurrection of Jesus Christ from the dead.

Our hope as Christians is living, not dead or imagined in vain and being based upon earthly things, rather founded in God’s grace and mercy.  My stories are just that – stories, but the cry of my heart was to bring hope to those kids. It should be the same with all Christians for as it says in Ephesians 2:12 (NAS) Remember in that you were at one time separate from Christ, excluded from the commonwealth of Israel, strangers to the covenants of promise, having no hope and without God in the world.

With our hope secure, we should heed the words of Peter But sanctify Christ as Lord in your hearts, always being ready to make a defense to everyone who asks you to give an account of the hope that is in you with gentleness and reverence. {1 Peter 3:15 – NAS}

How are you sharing that hope that is in you…

right now?… right where you are?… with the talents God has given you?  Leave us a comment with how God has led you to share hope with others! 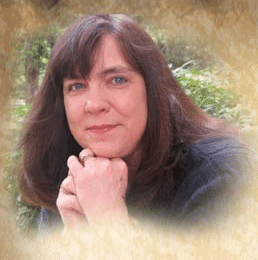 To learn more about ALLON and Shawn Lamb visit the website https://www.allonbooks.com