Mr. Potter is an independent scholar and historian who teaches, writes, and lectures from a Biblical/Providential perspective. He is a popular conference and university speaker and he is the leading historian for Landmark Events, a company specializing in teaching on the ground where great history-changing events occurred. Landmark emphasizes teaching the new generations to recognize the hand of God in our nation’s past, and in all of history, and to interpret it based on the truths of God’s Word.

Bill has been married to his wife Leslie for 40 years. They have home-educated their eight children. 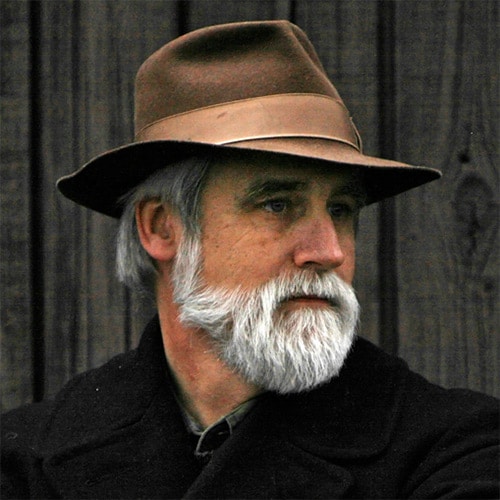 Workshops from Bill Potter (may vary by event location)

Your Husband is Away, The Enemy is at the Front Door: Heroic Women of the Civil ar

Among the thousands of accounts of the War Between the States are many outstanding memoirs by mothers, wives, and single women who bore the brunt of keeping the family alive, planting and harvesting, or serving as nurses. Some of them had to confront the enemy face to face. Among the very best writing of the war are accounts by Cornelia Peake MacDonald, mother of ten in Winchester, Virginia, a town that changed hands seventy times during the war (“The Shuttlecock of the Civil War”). Her memoir reveals what a Christian mother was capable of to protect her family. One of the outstanding single women of the war, Phoebe Yates Pember, of South Carolina ran a ward in the largest hospital in the world—Chimborazo in Richmond. Educated, articulate, and stubborn, she left a harrowing account of trying to save wounded, sick, and dieing boys through four years of war.

Hear the stories and be encouraged by ordinary women who were called upon to do extraordinary things, as they coped with unimaginable dangers and horrors on the home front, but never gave up or lost their courage as their men were at the war front during the American War for Southern Independence.

Many Christians are panicking as they read the daily news of pagan cultural triumphs across our nation and the demonizing of all that is holy and good. George Orwell’s 1930s dystopian novel of Socialism in practice, 1984, is often cited as a prophetic literary classic that is coming true in our own time. There are aspects of Orwell’s scenario that are readily identifiable today. How should we address the themes he described in the novel? Are we seeing it come true? How should Christians fight against oppression? Do we have reason to hope in our future? What is the right biblical response to these times?

Leadership Lessons For Our Sons from George Washington, Robert E. Lee, and Winston Churchill</h4
Our children are the future of our country and the Church. They must be trained to stand in the day of battle, lead when others falter, and live lives that exemplify character, courage, and perseverance. We do not have to invent historical examples of such leaders, nor despair because such men are hard to find today. The exemplary lives of Washington, Lee and Churchill provide ample illustration and witness of the kind of men whose lives will inspire our sons today.

You may have heard it said that dedicated minorities, not majorities, often change the direction of history. Sometimes it was perseverance and quick thinking in the face of imminent defeat that won the day, as in the case of the “apprentice boys” in the Siege of Derry, Ireland in 1689. Sometimes it was the willingness to sacrifice their lives, as did the 300 Spartans at Thermopylae, which eventually led to the defeat of the super-power of the day. In some crises, those who provided timely leadership made the difference, as in the Siege of Peking during the “Boxer Rebellion.” Whatever the situation, a few people can make all the difference in the world between victory or defeat.

The year 2020 marks the 400th Anniversary of the Pilgrim’s landing in Plymouth. Multitudes of Americans have been schooled in the Marxist fake history of Howard Zinn and thus see no reason to celebrate the heroic suffering and perseverance of the Pilgrims. They left a legacy of serious Christian civilization that has sadly become eroded, corrupted, and abandoned over the centuries. We ought to remember, admire and celebrate the English “Puritan” men and women of 1620 who established Plymouth Colony.