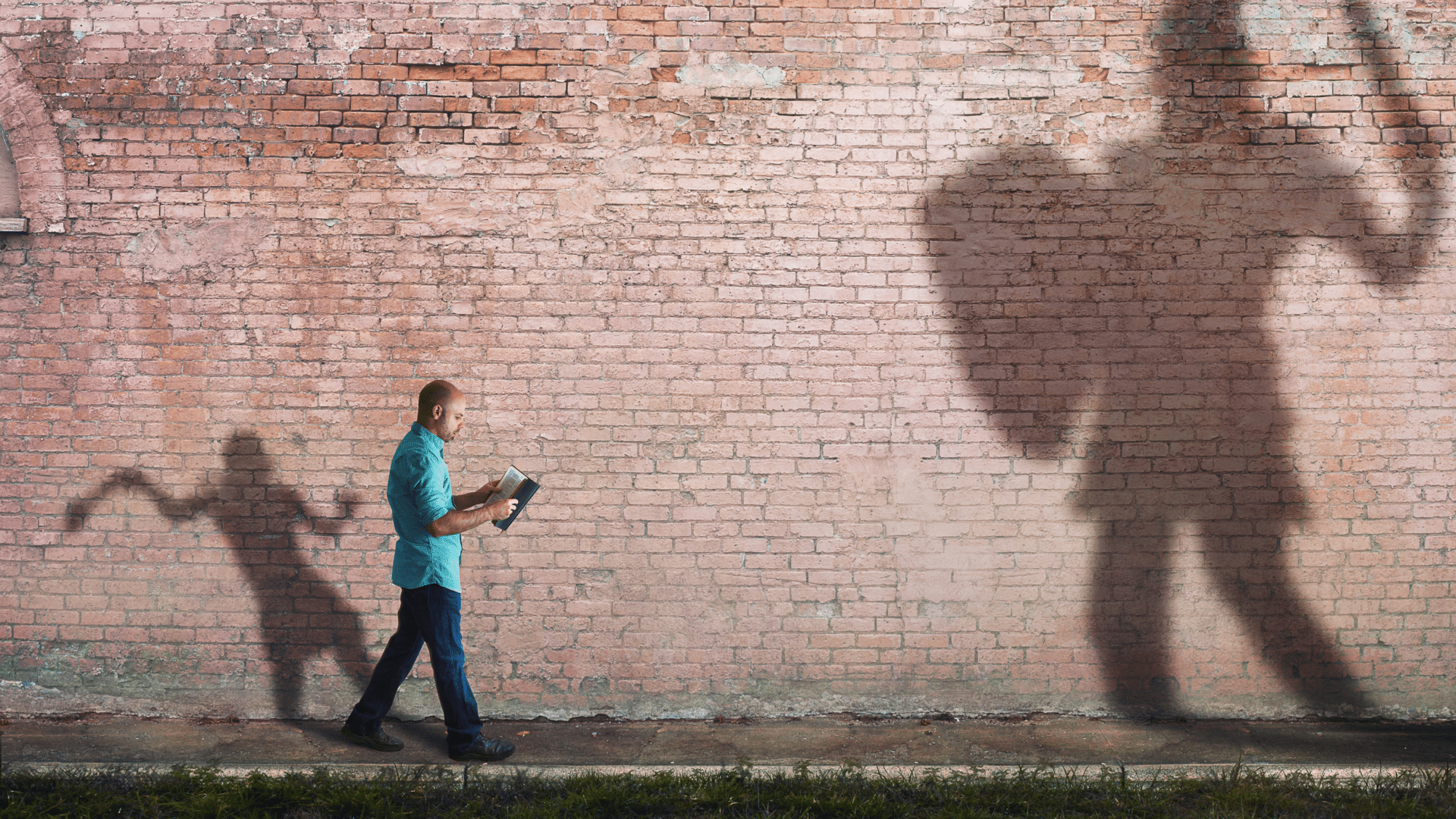 Man, I love King David! He’s a warrior! This is the aspect of David that defined his life. We know that he was a man after God’s own heart, but we can’t forget that…

He was a warrior.

This is why God did not allow him to build a Temple. Warriors are meant to build monuments, not temples. If David built the Temple, it would have become a dusty monument to David and lead to idolatry of David and not worship of God.

Warriors rely on their implements of war. They have armor and shields and swords and guns. These things keep them alive.

But, there’s more than just weapons that keep a warrior alive. They also have courage.

The same idea extends to warriors. If they fight to not die, they actually increase the likelihood that they will fall to the enemy.

This Psalm was written late in David’s life as instruction to his son Solomon. I imagine he was looking back on his life.

David’s courage was sourced in his reliance on God. This reliance is what made David who he was. This is why he was able to stand up to Goliath while Saul and the rest of the army of Israel shrank away. This is why David was able to endure being chased all over Israel before he was king. This is also why he extended his kingdom across the Promise Land and unified the 12 Tribes of Israel behind him.

David’s reliance on God was an integral core that allowed David to burst out on his enemies in confidence. He never fought to avoid dying.

We serve the same LORD!

However, there is a difference. Our promise from the LORD is not based on land like the Israelites. Our king is Jesus Christ, and His kingdom is a kingdom of hearts.

Therefore, our implements of war are not necessarily swords and shields and guns. Certainly, we have courage, but we fight for the kingdom of our LORD differently. Our weapons are weapons of the heart, and we are not weak. We are just as much a warrior as David.

In the book I wrote on Thanksgiving Psalms, I made a big deal about Thanksgiving being a weapon for David against those that hated him. David knew that his enemies hated to see him thankful. His enemies took joy in watching David suffer with anxiety and fear. Therefore, when David endured the pressure they put upon him and he returned their persecution with thanksgiving, they hated it.

Therefore, reliance on God gives the proverbial weapons that God puts into your hand power. Your weapons are just as powerful—if not more so than David’s sword, shield and armor.  All we have to do is wield them.

Things like thanksgiving for who God is and what he has given you.

Paul in Ephesians 6 presents our implements of war for the centuries long battle that’s been waging in the “unseen” world. Things like love, thanksgiving, truth, righteousness, the gospel of peace, faith, salvation, the word of God, and praying at all times.

And, that is not all,…think of the “Fruits of the Spirit” in Galations, or Love as described in I Cor.13, or the “Sermon on the Mount”. We have so many weapons in Christ.

It is because we have lost our reliance on the implements of war the LORD has given us.

Actually, we would be witnesses to the power of God.

Why is that? Well, because we would respond as if we had already won. We may feel pressure in tribulation, but the route to the wide place David talks about is a reliance on the promises and power of God.

Remember, when David was being chased across Israel, he had already been anointed as king. He knew how all of this was going to end. I do believe that David did struggle at times with doubt. If he didn’t, we would not have the Psalms. But I think his 7 years running from Saul was characterized, by and large, by the fact that David knew how things were going to end.

And, we know how things are going to end as well. We are on the winning side. Therefore, it is time to fight this war the way God taught us how in the Gospels and Paul’s Epistles.

Right now, I believing I am seeing a lot of Christians fighting to not die. Honestly, I think that I am guilty of this as well on occasion.

But, we serve a God who will be victorious! He has shared this with us! It is time that we approach this world as being under the control of our Lord and Savior. We are His Messengers! His Warriors– and the battle is His.