The Homeschool Event that Husbands Will Beg Their Wives to Attend!

Families, businesses, and churches flourish when godly men lead. God’s word gives us clear direction in areas of leadership, stewardship, and character development when we follow the timeless truths of the Bible. Join us at the Men’s Breakfast for encouragement in handling the common pressures distinctive to leadership in the home. Whether you want to partake in eating breakfast or not, men (and sons) ,of all ages, are invited to join us.

Register Now
Space is limited – Guarantee your participation in the Men’s Breakfast – Register Today!
Please Note: Admission is by ticket only and will be in your family registration packet when you check in at the convention center. You MUST present the ticket at the entrance Saturday morning to gain entry. The men’s breakfast is available for both men and their sons. There is something very special about men coming together to be exhorted from God’s Word. This is the reason for this event. We believe Fathers and Husbands are the key to impacting culture. “Iron sharpens iron, and one man sharpens another.” – Proverbs 27:17 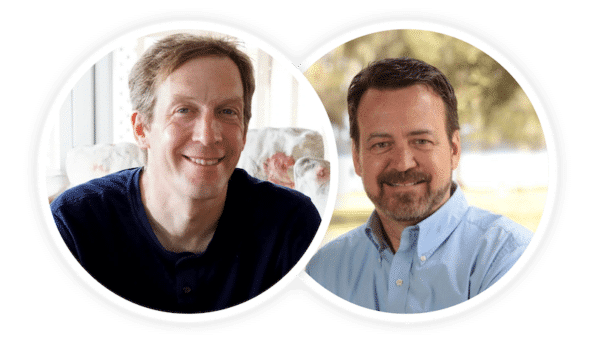 David Nunnery, Founder of Teach Them Diligently, will be speaking at the event with Mark Hancock, CEO of Trail Life USA, as MC.

David Nunnery is the founder and president of Teach Them Diligently Convention and Transform Publishing. He also serves as the president of a mission’s organization called Worldwide Tentmakers. He’s the author of countless articles about parenting, discipleship, and missions as well as the recently published Transform Journal on Thanksgiving in the Psalms and the upcoming Thanksgiving In Paul’s Epistles.
David is married to Leslie and together they have 4 children, 3 of which have already graduated and are pursuing God’s plan for the rest of their lives.

Mark Hancock began his career founding a national advertising agency and running it for fifteen years. His conversion to Christ led him into ministry as a Youth and College Pastor, Associate Pastor, Homeless Ministry Director and Global Event Director for an international ministry, organizing events on five continents.
He holds two Masters Degrees in the Mental Health Counseling field, having spent a number of years in private practice, and has taught at secular and Christian colleges. Mark has been a guest on numerous radio and television programs including: Fox Nation’s Starnes Country, Family Life Radio, Focus on the Family, and James Dobson’s Family Talk Program. In 2017, Mark was named to the American Family Association’s ’40 Faithful’. An author, award-winning writer, and conference speaker, he serves as Chief Executive Officer of Trail Life USA and lives near Greenville, SC with his wife of over 30 years. They have two sons.

Register Now
What age is this event for?

Men and boys of all ages are welcomed to join!

Do I need to present my ticket?

Yes, in order to gain entry to the men’s breakfast, you must present your ticket. You will receive the ticket when you check in at the convention!