The answer is to provide excellent models of Truth, Goodness, and Beauty throughout our school days.

For our family, this has been accomplished through classical, Christian education. This model was used from the time of the early church until the first part of the 20th century to educate some of the finest Christian thinkers the world has ever known. By the time most of us were educated, the last traces of this way of thinking and teaching had vanished from our schools. Instead, most of us homeschooling parents were educated in public schools which operated under the paradigm of modern education as envisioned by thinkers like John Dewey. The contrast between this kind of education and a classical, Christian education is striking.

Dewey envisioned the schools as places of pragmatism. Children would learn practical skills that would prepare them to enter the job market. In his system of thinking, people are not minds, bodies, and souls capable of contemplating grand ideas. Instead, they are producers and consumers. Students are not potential statesmen who should be formed through past examples of the best that people have ever said, thought or done. Instead, they are workers to be trained in a narrow set of job skills. This kind of education is diametrically opposed to a classical, Christian education in which people learn to think about the best and worst of what it means to be human, to consider how their education prepares them not just for this life but for the life to come.

Modern education revolves around materialism, an idea which is fundamentally opposed to Christian doctrine. Materialism teaches children that the physical world is all that is and all that ever will be. The only proof for any theory or idea is what can be experienced with the five senses. If it cannot be replicated in a lab, it is not worth our time. A modern education leaves no room for discussing the beauty of a painting, the truth of a poem or the goodness of a hero’s actions. Although many have accused classical education of being dry, I cannot think of anything more devoid of excitement than an education which denies students the exploration of Truth, Goodness, and Beauty.

One day a week, I tutor homeschooled high school students. Together, we explore Latin, logic, philosophy, US History, Shakespeare and poetry. Last week, I asked them to consider why we still read Shakespeare today. Their answers, “Because he’s good with words. Because he creates characters that are like people we know today. Because we learn from the mistakes of his characters. Because we can learn so much about temptation, sin, friendship, leadership, and marriage.”

These lessons might not prepare them for a specific career, but the conversations we have had this year have definitely prepared them to be more fully human. While reading Macbeth, we learned a lot about temptation, sin, and the consequences of sin. While reading Much Ado About Nothing, we considered the elements of a successful marriage, including the all-important element of friendship. While reading Julius Caesar, we pondered the proper responses to a leader who has grasped at too much power.

During our philosophy seminar, we considered how Plato once defined man as “a featherless biped.” We went on a quest to come up with a better definition. After a semester of thinking, reading, and wrestling with ideas, our definition looked something like this: “Man is a being made up of mind, soul, and body, capable of rational thought, who uses language to communicate.” You can see how their definition would never be accepted in modern educational theory.

This spring, in logic class, we continued to wrestle down the very large question “Who are we?” We learned the simple syllogism

Far from being a dry academic exercise, putting this on the board sparked a whole series of new thoughts. “What else belongs in the category of mortals? Animals? Yes. If so, then how are they different from men? Do angels belong in this category? No. If so, then how are they different from men?” Then, someone suggested that we write a syllogism about angels being eternal. Since angels are created beings, this, of course, is not true, so we had to think about the differences between being eternal and being immortal. Then, we had a new question to ask, “If we will live forever with God, are we really mortal?”

Together, we have explored the beauty of poems and paintings, God’s design in chemistry, and the rich and sometimes tragic saga of America’s history. Our poetry class inspired one student to set the poems of Yeats, Longfellow, and Whitman to music. One student brought in contemporary song lyrics so that we could puzzle out the meaning. It is a privilege to study with them, to see their deepening understanding of God’s amazing world. I eagerly anticipate the day when they take God’s Truth to a dying world, when they design beautiful places of worship, when they create hymns of praise.

Jennifer Courtney currently serves as the Director of Training and Development for Classical Conversations. She is the co-author of the Classical Acts and Facts History Cards series and of the book Classical, Christian Education Made Approachable. Jennifer writes for the Classical Conversations Writer’s Circle as well as a variety of homeschool and other education websites and magazines. She tutors high school students in chemistry, Latin, logic, philosophy, Shakespeare, poetry, and US History. She and her husband Tim live in Oklahoma where they home educate their four children. 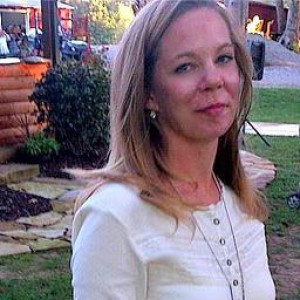 Through God’s quiet voice, Rebecca has learned the beauty of submission to her Creator, prayer and forgiveness. Rebecca currently writes and speaks about being a wife and a mom living an authentic life overcoming the negativity of the world, addictions and loss (death of loved ones and miscarriage), while being resurrected by her Father. She also writes about homeschooling and has a passion to encourage others to pray and seek God’s will for their lives in His book. You can find Rebecca at Momsmustardseeds.com and various speaking events across the country. You can find her schedule on her blog. Connect with Rebecca on Facebook - Twitter - Pinterest - Instagram - YouTube - Google+