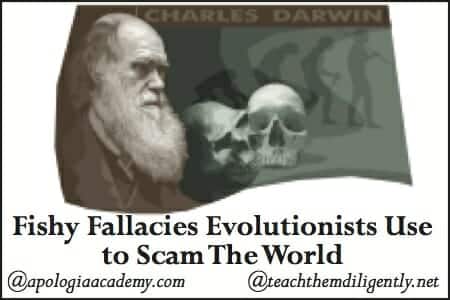 Fishy Fallacies Evolutionists Use to Scam The World

It is more important now than ever before to choose your curriculum wisely when teaching creation and evolution at home.

There I stood staring at the “whale evolution” display in the National Museum of Natural History (a fraudulent title:  “nature” cannot do anything. To say something like “natural selection” is a fallacy because ‘nature’ cannot choose) frustrated that what I was looking at actually does not exist. I stood on top of one of the displays and began to point out the many false statements, drawings, and displays to the people standing around. Ok, I did this in my mind not wanting to be escorted from the premises. So I decided to keep quiet.

Evolutionist Richard Dawkins said “Evolution has been observed. It’s just that it hasn’t been observed while it’s happening.” (pbs.org, 3 December, 2004). What? Mr. Dawkins believes, like most evolutionists that we are descendants of ape-like ancestors, apes are descendants of more primitive animals, living things share common ancestors, and evolutionary changes (mutations, natural selection) give rise to new species, etc. Basically from goo to you via the zoo.

So where is the evidence? Where can we find life from non-life? Transitional fossils? The geological column (the published column doesn’t actually exist anywhere in the world). New species appearing? Beneficial mutations? Increasing complexity in living organisms?

David Stone, Ph.D. physics said ““Evolution does not warrant being called a theory or a hypothesis…A theory arises when a hypothesis has stood up to repeated tests under a wide variety of conditions and cannot be broken. Evolution warrants neither term. Evolution qualifies as a philosophical, even a religious idea, void of scientific support, and intended to replace biblical truth with stories…evolution cannot rightly be called a ‘theory’.” (Dr. Stone, e-mail to David Cloud, August 21, 2011).

Although there are hundreds of “fishy fallacies evolutionists use,” let me mention just a few.

This article is intended to challenge you to dig deeper. For more information on these and many more deceptions evolutionists use, visit creation.com and answersingenesis.org. These are also great sources for excellent curriculum. Visit apologia.com for science curriculum for elementary through high school students. 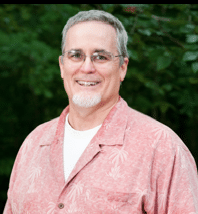 Larry Blythe, Instructor and Director of Apologia Online Academy, will be headlining our Four-12 Worldview Track at all three Teach Them Diligently Locations in 2013.  Your teen is sure to be better equipped to stand firm in the faith after attending those sessions.

Get Your Family Registration Today