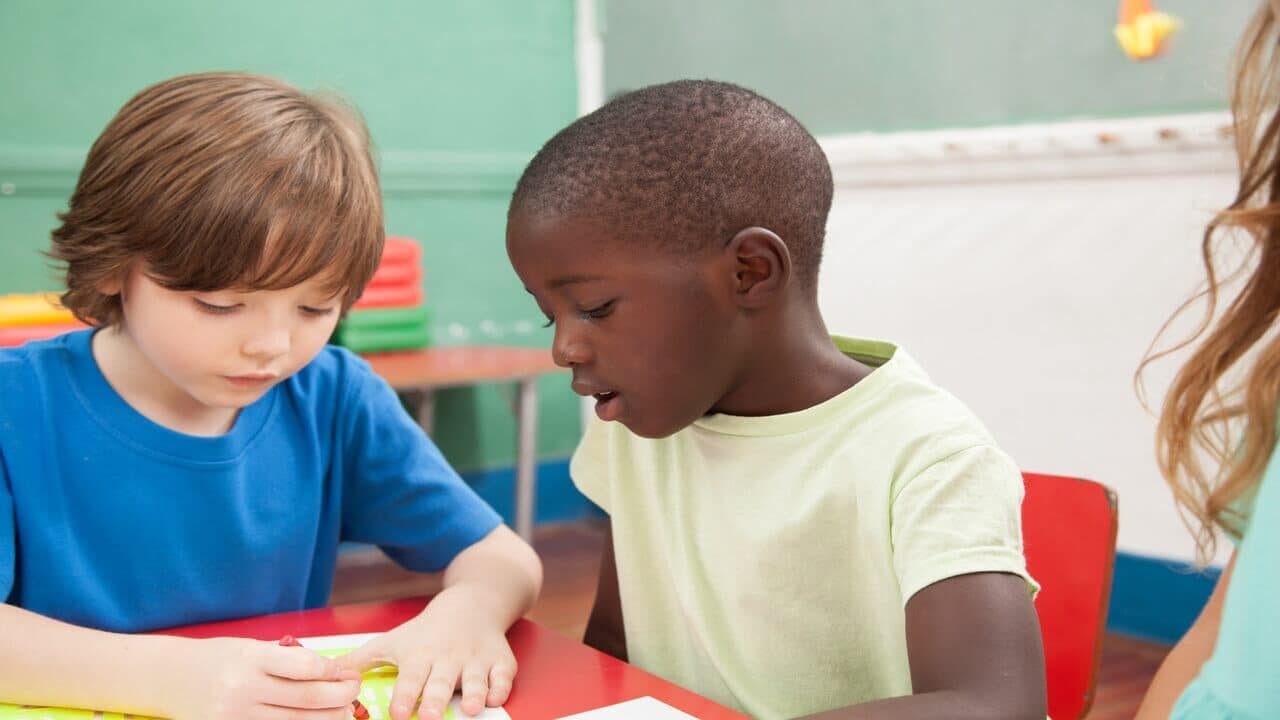 Caring for the Millions of (un)adopted Orphans Worldwide 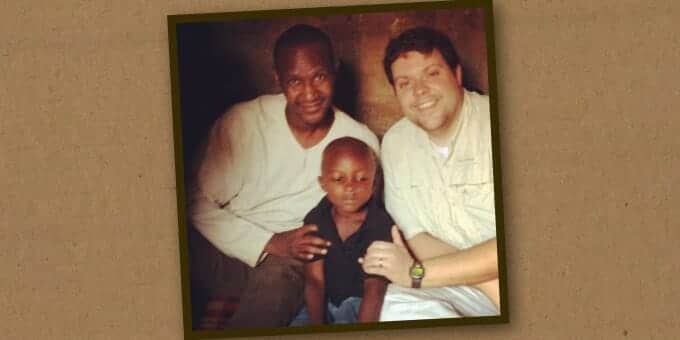 In 2008, on a trip to Zaporizhia, Ukraine, the Lord awoke my heart to the fact that adoption alone could not answer the cry of the orphan. It was in Ukraine that I first met a young girl named Kataya; she was reportedly 15 and desperately wanted a family. Kataya’s younger sisters had been adopted when she was eight years old; however, the adoptive family decided they did not want to adopt an eight year old because that was “too old.” So instead, they split the family apart leaving Kataya behind in the orphanage.

It became my personal mission to right this wrong and quickly find Kataya a family as she was swiftly approaching her 16th birthday. Once Kataya reached the age of 16, she would no longer be eligible to receive an adoption visa from the US government.

Depending on the source used, there are 153 million orphans around the world like Kataya. The term “orphan” as a descriptor can be misleading – traditionally defined as a child deprived of one or both parents by death. However, today the definition of an orphan has become much more expansive. Many of the worldwide “orphans” are social orphans, deprived of family because of abuse, poverty, special need, or even governmental restriction.

No matter how one chooses to define the word orphan, the truth remains that there are 153 million orphaned or vulnerable children in our world. This is an epidemic to which adoption alone cannot and should not be the only answer. Other options must be pursued to prevent families from abandoning their children either by choice, force, or despair. Our single motivation should not be to only to help those children who are adoptable, healthy, young, and culturally acceptable; but instead, to reach out to the broken, the hurt, the sick, the poor, the needy, the culturally unacceptable, and to the (un)adoptable.

Upon returning to the US from Ukraine, the staff of Lifeline Children’s Services began a full-fledged effort desperately searching for a family who would consider adopting Kataya.
Information was spread through all known outlets until finally an exceptional family came to the forefront. With great urgency our stateside team quickly called Ukraine and informed them of the news. Because this was an unorthodox match, we had not yet secured Kataya’s paperwork. It would only be a matter of time until her papers were in hand and the process would begin.

Two days later, Lifeline received a call that changed everything. In the haste to respond to Kataya’s needs, our tunnel vision drove us to think only of adoption, and we overlooked one significant detail. This orphanage had two 15 year old Kataya’s. The orphanage had given us the wrong birthdate – our Kataya had already turned 16; Kataya would remain (un)adopted.

Unfortunately, the truth is that this is the same fate for 99.5% of the world’s orphans – less than half of 1% ever find permanence either with their biological families or with adoptive families. We can argue that much more could be done to restore biological families and that more should be done to encourage and equip indigenous adoption; however, this alone does not address the inevitable problem. Without true intervention on a strategic level, many of the world’s 153 million “orphans” will find themselves a victim of crime, human trafficking, or suicide, and most certainly the upmost poverty.
At Lifeline Children’s Services we are compelled by the call of Christ in James 1:27 to care for the orphan and widow in their distress; therefore, we have embarked on a journey of strategic orphan care through a ministry initiative – (un)adopted.

(Un)adopted seeks to develop a sustainable ministry model that can be replicated throughout the world. The ministry seeks to mobilize the indigenous international church to care for orphans and the impoverished in their communities with viable long-term solutions, while also exposing American churches, students, and business people to the plight of orphans, the poor and the needy.

(Un)adopted currently has projects in 11 countries, including the country of Uganda. In Uganda, international adoption has been expedited through a legal guardianship provision in the family court law. These provisions allow families to bypass the more stringent adoption law which requires prospective parents to foster the child for three years prior to a finalized adoption. No matter the legal path followed for adoption in Uganda, it is an arduous process for both the children and prospective parents. Meanwhile, hundreds of thousands of vulnerable children and street orphans struggle for their existence.
Many Ugandan children are being neglected and abandoned simply because they were born deaf. The country is steeped in superstition with witch doctors who have convinced their people that children born deaf are accursed. They believe that deaf children can bring curses upon their families. Because of this belief and the extravagant cost of just mediocre schooling for deaf children, a vast number of deaf children are forced to live on the streets as third class citizens. Still others live with reluctant extended family members or single parents who struggle even to provide the most basic of necessities.
The Gospel of Christ shows believers that we are not the rescuers of these children – we are the rescued. We have so lavishly been loved by Christ in our despair and rescued from our sin. As a result, we are compelled to care for the orphan, the widow, the poor, the needy, and the alien.
With this call to act, in 2011, we met with our dear brother and friend, Pastor Raphael, who serves a smaller community outside the capital of Kampala, Uganda. One Saturday afternoon walking the dusty streets of the community, Raphael introduced me to 12 deaf children in his community including Mutebi, Adam, Anderson, and Steven.
As we visited these children a vision was birthed. In coordination, the church and (un)adopted would provide sign language, education, life skills, job skills, and hope to these sweet faces dotting the landscape of the community. Plans were quickly defined and in a brief six weeks provisions were secured for desks, simple supplies, a television, a black board, and a teacher. The church building would house the school during the week.
Now, two years later, the school has become the centerpiece of the community. Families are being restored through love poured out for their formerly “cursed” children. Hope is restored for children who were once deemed hopeless. Skills are being taught through an internet cafe which was built to help sustain the school and provide enrichment for the children. Change is being seen as Mutebi walks with confidence, Adam’s smile lights up the room, and Steven embraces friendships with peers he never knew before.
This project in a negligible village in Uganda is accomplishing the mission of (un)adopted by transforming a community of disenfranchised orphans and abandoned children who are distressed by life without a hope or a future.
Our prayer is that adoptive parents who have provided a home to an orphan through international adoption would continue to invest in their adopted children’s country of origin. Through Lifeline’s adoption ministry, we hope to equip the hundreds of adoptive families we serve with tools to care for orphans around the world. We trust that they will begin to care for orphans, not only through adoption, but ultimately by giving of their time, talent and resources to care strategically for their new child’s peers, who are still left (un)adopted.
To learn more about (un)adopted and specifically this project in Uganda, visit lifelinechild.org/unadopted/.

(For more on this topic, come hear Herbie Newell, Executive Director of Lifeline Children’s Services,  at his breakout session at Teach Them Diligently in Washington) Lifeline  Children’s Services exists to provide a hope and a future through the Gospel for children around the world by discipling, engaging and equipping people towards adoption, foster care, and orphan care. 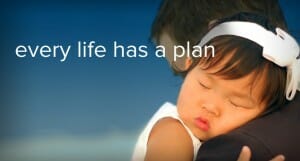