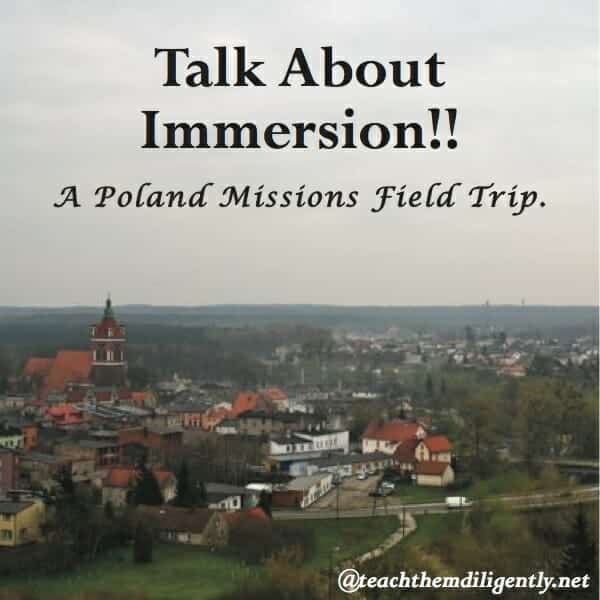 Our plan included surveying the country of Poland for ideas for business as missions endeavors we could start in that land through Worldwide Tentmakers, a mission with which our family is heavily involved.  What the Lord allowed us to experience was that—and a WHOLE LOT MORE!  We found that a mission field trip was an amazing time of learning and growing for our entire family! We found that our eyes were opened in a whole new way to many elements of other cultures, languages, and more. And most importantly, we learned that people need the Lord desperately.  The Lord gave us a burden to reach the millions of people in Poland who have never heard the gospel of Jesus Christ, one family at a time, through an education ministry we have started with the profits from the first Teach Them Diligently Convention. 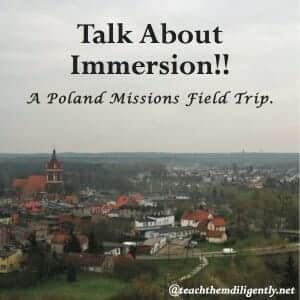 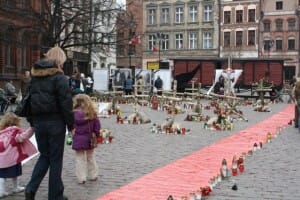 While we were in Poland the first time, we saw how that nation mourned.  The president, first lady and many members of the government were tragically killed in a plane crash the day after we arrived. In all honesty, when we heard of the crash, I was quite scared that chaos would break out, and we would be caught in the middle of it. What we experienced could not have been further from the truth.  We saw a people mourn their beloved leaders in ways that were respectful and honorable.  We witnessed tens of thousands of people line the streets in Warsaw silently waiting for many hours for their chance to pay their final respects to the president and first lady who were lying in state in the presidential palace. We saw memorials and candles lining the roadways and sidewalks as we traveled the country. The Polish people stole our hearts that trip, and none of us have quite been the same since.

We also learned about the overwhelming hospitality of the Polish believers.  Many of the members of the small churches there live together in multiple generations, and they have very little compared to what we see in America.  Yet, they treated us so warmly– and fed us SO well!  We learned that language barriers are easy to overcome and mean little when hearts are connected through the bonds of love for Jesus.

There is no better way to learn a foreign language than to be immersed in it!  Polish is a Slavic 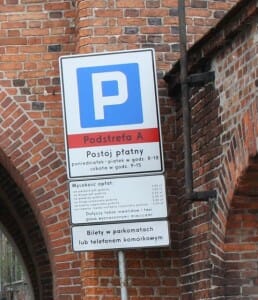 language—and it’s VERY hard to get around there without any knowledge of it.  There are no latin roots to help you figure out a word… and they don’t always use vowels as freely as we Americans would like them too, either!  The language sounds, looks, and feels completely, well, foreign.  My grown-up tongue was very shy to try to pick up much.  I would quietly say “Dzien dobry” (hello) while my kids were brilliantly picking up all kinds of words—and using them with confidence.  Even now, the kids will often defer to the limited Polish vocabulary they know rather than English. (I mean, calling someone a “little pig” is funny in any language!) 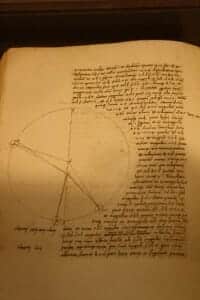 We saw Nicolaus Copernicus’ instruments in his own house.  How cool is that?!? We viewed the actual diaries where he designed many of those instruments.  We walked down streets on which you could literally see thousands of years of marks and scrapes, and you knew that battles had been fought there long before America had been discovered.  We toured castles that took us back to the early middle ages and gave great context to much of what we have studied since. We learned more about World War II as we saw evidence of the devastation the Nazis and the Russians had on the Polish people and land.  And, we learned that history has an element of interpretation to it, and SOMETIMES the people we as Americans think of as the “good guys,” are considered to the bad side by those in other lands.

As we have studied world history since first traveling in Europe, the people and places have had so much more relevance to the children. They have BEEN there. They have SEEN it. No longer is medieval Europe locked in a history book—they have walked the sidewalks and admired the castles.  History has come alive for our children since traveling abroad! 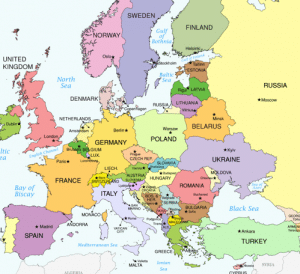 the eastern side—but while we were in Poland the first time, a volcano erupted in Iceland that stranded many people all over Europe.  As we were wondering if we would be able to get out of Poland in a timely manner, we evaluated a lot of options should the need arise.  As we did that, the kids got a great lesson in European geography as we looked at taking a train into Russia or Turkey where flights were actually able to depart. They then got to witness an amazing miracle as against all odds, the Lord put us on a flight that “had a very narrow window of departure” and “happened to have exactly 6 seats available on it.”  That was a miraculous intervention in the midst of a completely travel-stranded continent… and to my knowledge, our flight was the only one to be able to leave Poland that day.

People need the Lord! When you travel abroad your children will see that in a way that will leave a lasting impression on their young hearts. We saw first-hand the hopelessness of life without Christ. We saw how idols and rituals offer no peace and joy to grieving hearts.  We saw a need for a Savior that burdened us all.

We also had the great opportunity to encourage missionaries who were already serving on that field.  Our children were able to make fast new friends with missionary children who don’t have the luxury of having a church full of like-minded kids around them.  The ministry of encouragement that my children were able to participate in is another element of our missions field trips that we will never forget.

So, how about you?

Have you ever considered taking a missions field trip of your own? Have you ever thought about the impact that such an adventure would have on your family?  Or, better yet, has God called you to find a permanent place to serve in His field? From an educational and a discipleship standpoint, there is no better field trip to be had as you endeavor to “Teach Them Diligently!”